The proportion of overweight men in India has doubled over the past decade, according to a latest government health survey which also found that one in five women are now overweight. 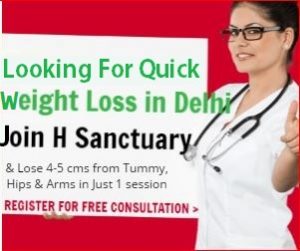 According to the NFHS-4, the percentage of men and women who are categorised as overweight or obese have Body Mass Index (BMI) above 25.0 kg/m2.

Similarly, 20.7 per cent women in the country were found to be overweight or obese during NFHS-4 in comparison to 12.6 per cent during the NFHS-3.

Nearly 31.3 per cent women were found to obese in urban areas and 15.0 per cent in rural areas.

For men, 7.9 per cent were found to have high blood sugar levels while 3.8 per cent had very high levels. In NFHS-3, these indicators were not taken.

The NFHS-4 unveiled by the health ministry yesterday was conducted after collecting information from 6 lakh households, 7 lakh women and 1.3 lakh men, and for the first time provides district-level estimates

Are You Suffering From Depression? Here’s What You Must Know

Losing Weight To Gain Confidence In The Competitive Corporate World